‘Learning  and  Landscape’  is a project of Primary School located in the suburbia of Dublin city.

The brief for this school has been extended by kindergarten unit and special care unit – for children in difficult family circumstances. 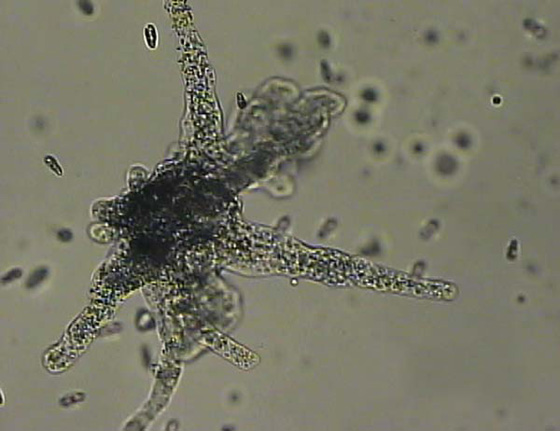 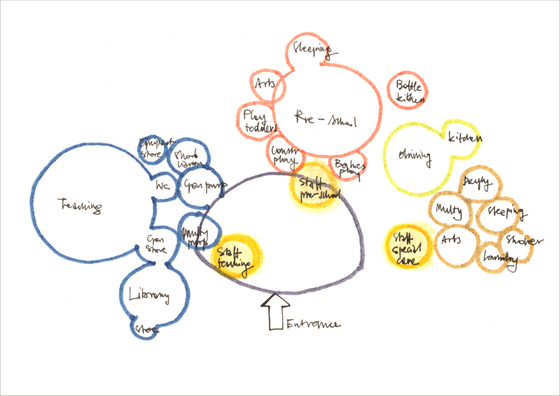 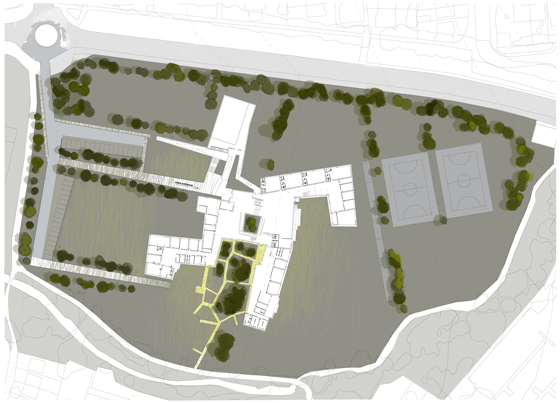 Pedestrian paths leading to the school run along the car route, but at some point they become independent lines reaching the building. The paths’ surface changes gradually from soft net with grass in between to cement/granite cobble stones in the area close to the entrance of the building.

Gardens surrounding the building have not been ‘defined’ or ‘constrained’ with any hard material. The only ‘pre-organized’space is the main courtyard, where a net of paths connects (externally) main hall with other spaces. This web of paths forms also a sort of playground, a labyrinth among the trees, bushes and walls of the building.

Three images above: 3D studies of the main spaces within the school-entrance hall and main didactic area (section through the classrooms). 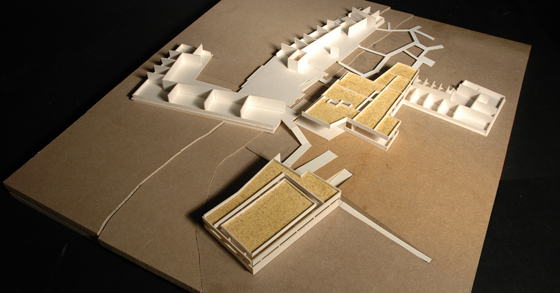 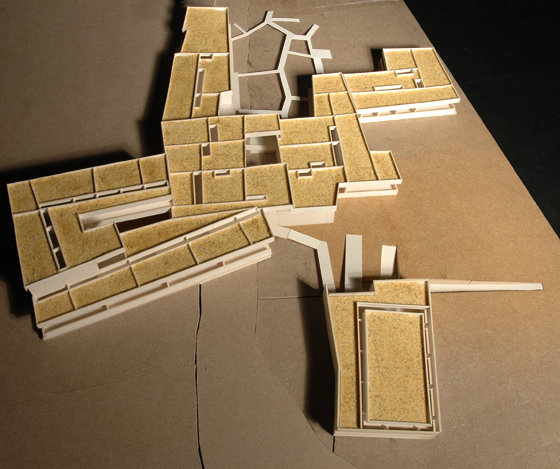 Pictures above show preliminary studies: analyses of the program of the school (top) and my initial concept of a form that is concentrated but at the same time something that reaches into the landscape, looks into it (second, top)…

9 February 2012
We use cookies to ensure that we give you the best experience on our website. If you continue to use this site we will assume that you are happy with it.OKLearn more