CHAOS IS MY NAME 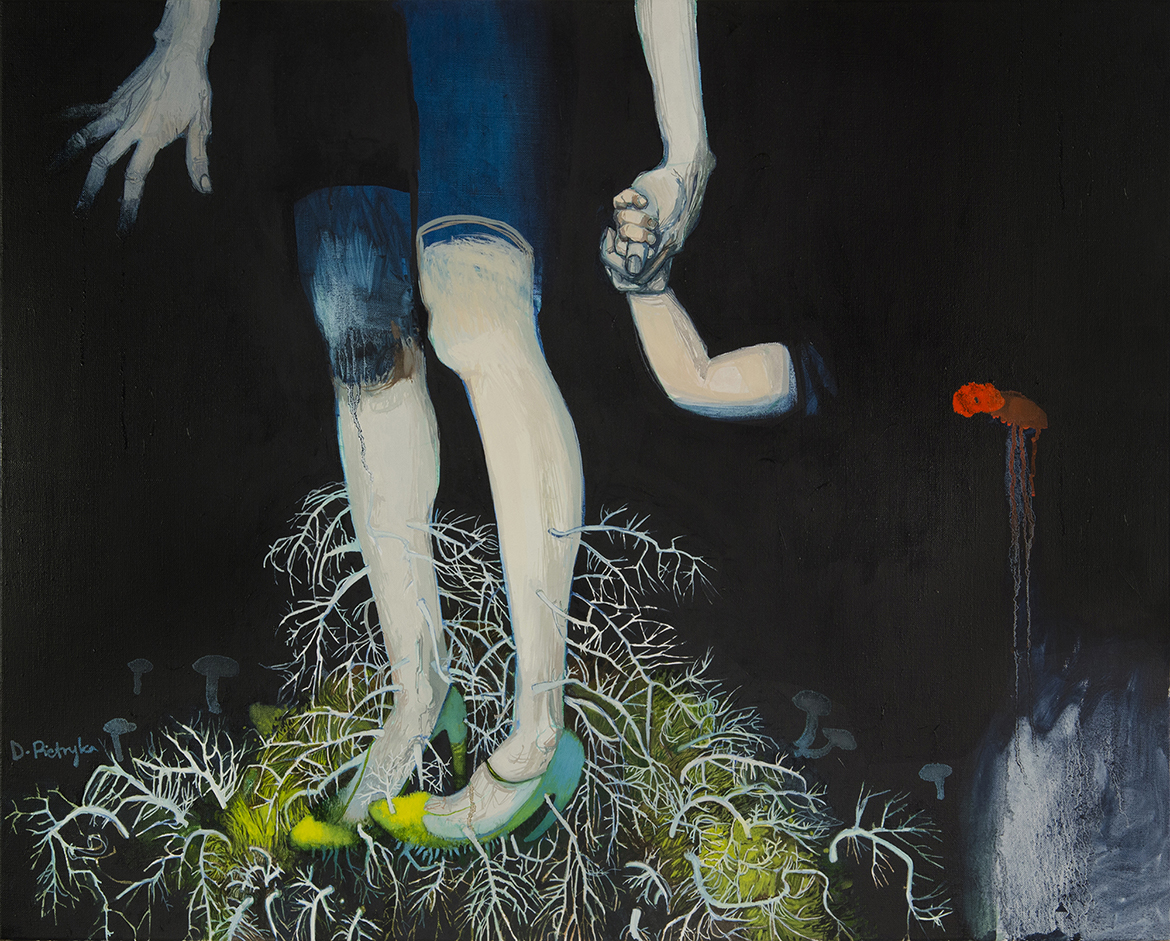 According to Greek mythology chaos is an impenetrable abyss, full of creative forces and divine elements, almost like disordered composition, dark and heavy. A mixture of earth, water, fire and air. In Taoism, however, chaos is understood as something that is not yet fully shaped, but at the same time it is something from which the universe ultimately arises. Chaos complements here with order, like a woman with a man, where the female element is equated with chaos.

Today chaos is understood rather negatively. It is associated with unrest, disorder, dirt and war. It does not fit to image of womanhood imprinted in my consciousness. In my eyes, women have been putting chaos in order for ages, especially on everyday basis. They cared for fundamental things. However, it is not for me to judge, as I am chaos myself. I prefer this interpretation where I am the cosmos. I am forming the still undefined matter, I am experiencing the world in its shapelessness, I am hardening day by day, life is coming out of me. 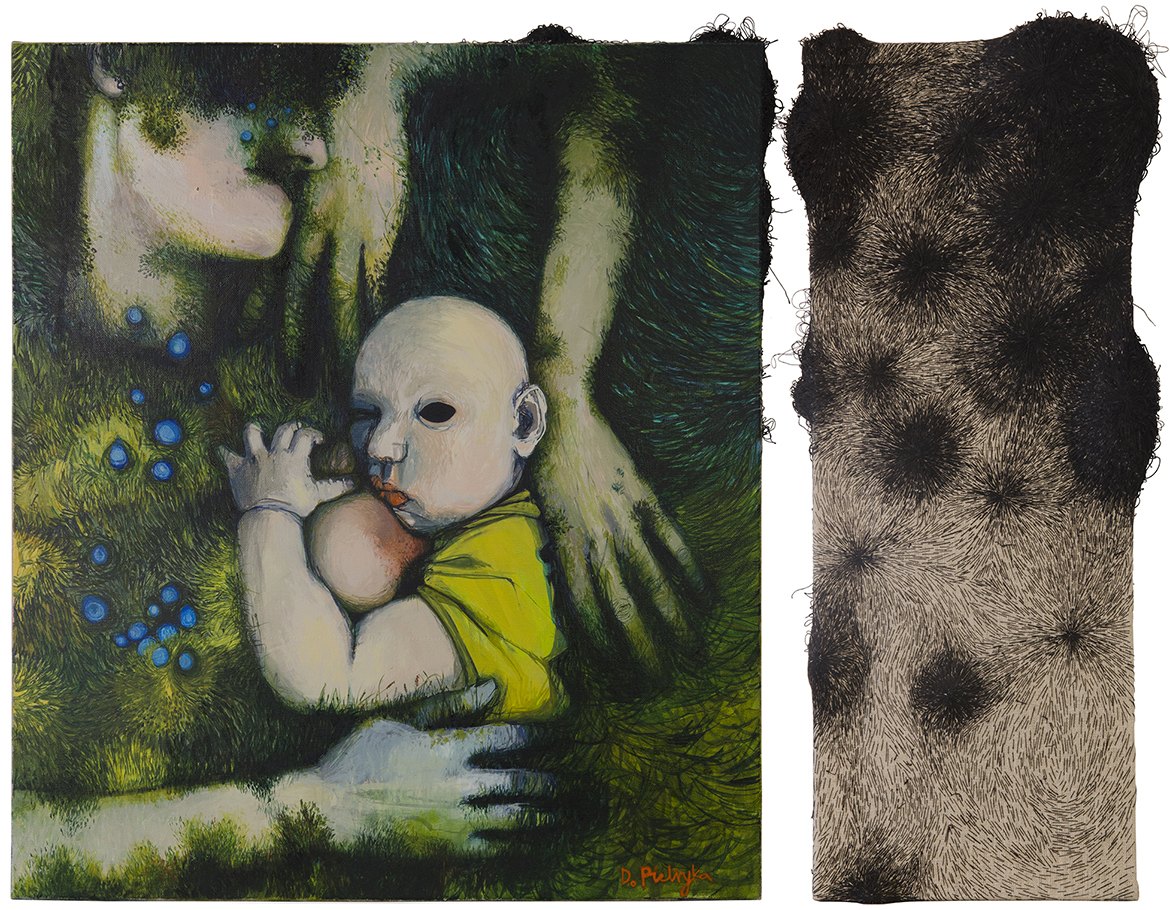 A nurse log is a fallen tree which, as it decays, provides ecological facilitation to seedlings. Broader definitions include providing shade or support to other plants. Some of the advantages a nurse log offers to a seedling are: water, moss thickness, leaf litter, mycorrhizae, disease protection, nutrients, and sunlight. Recent research into soil pathogens suggests that in some forest communities, pathogens hostile to a particular tree species appear to gather in the vicinity of that species, and to a degree inhibit seedling growth. Nurse logs may therefore provide some measure of protection from these pathogens, thus promoting greater seedling survivorship. 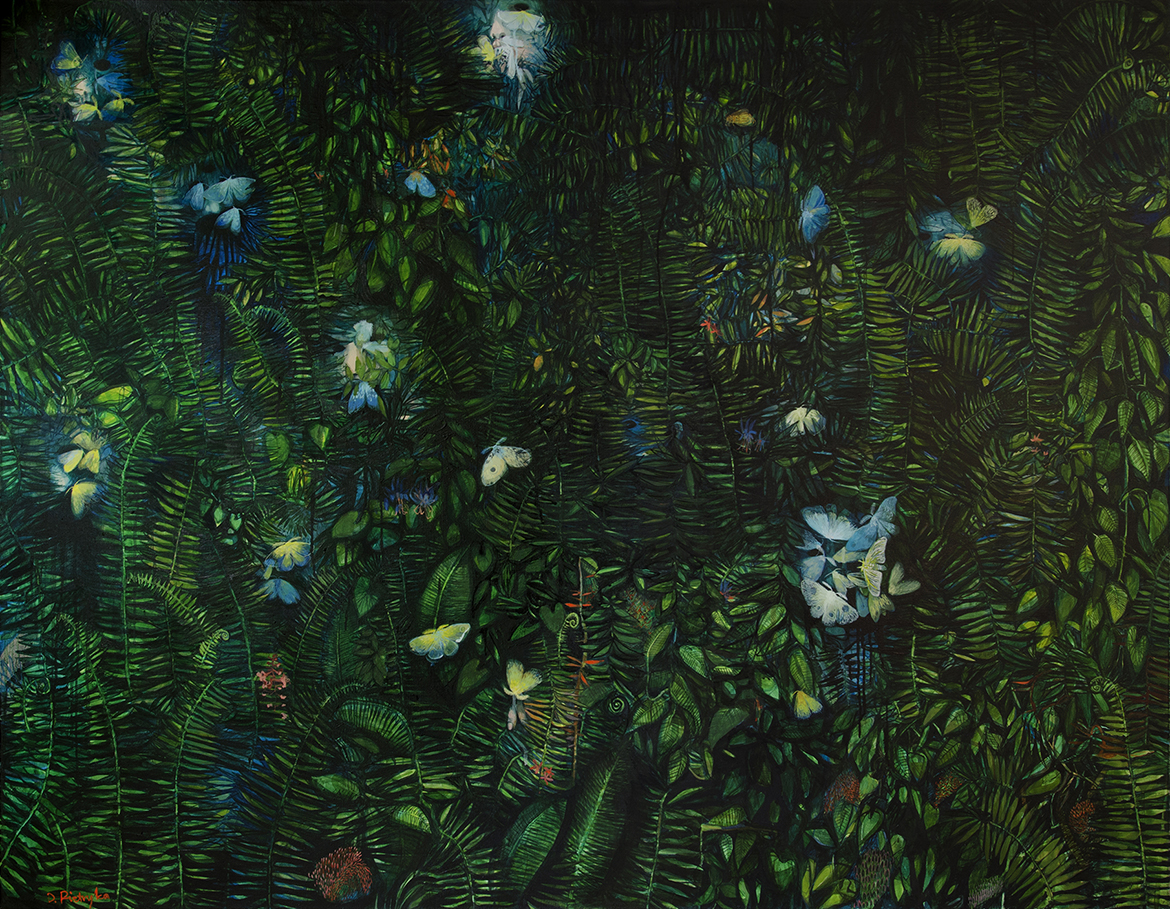 A word ‘Oni’ means in Polish langusge ‘they’, ‘them’, ‘the others’. But word ‘Oni’ also refers to the demons of Japanese mythology and folklore. Evil spirits known for their ruthlessness, terror, associated with disease, calamity and misfortune. Oni in my painting are in a way strangers. I imagine them as fears sitting in our heads. As a rule, we are afraid of unknowns. We sometimes develop stories about creatures or people we do not know, fabrications that often do not translate into reality – therefore ‘they’ become ‘Oni’. ‘They’, we imagine, will bring chaos into our ‘arranged’ lives. ‘They’ pose a potential threat.

The starting points for painting the above canvas were mainly two thoughts that have been accompanying me for some time now. The second one (I will start in a non-chronological manner because it translates into the form of my work) was the refugee crisis that takes place on the Polish-Belarusian border, lasting from 2021 till this day (and I am writing these words in mid-May 2022). The first thought was on the other hand, the fear that a parent feels for her/his own child, trying to keep them safe: Times are uncertain. What if we had to flee from our country due to the war, repressions, climate crisis? What if we were seen elsewhere as Oni?